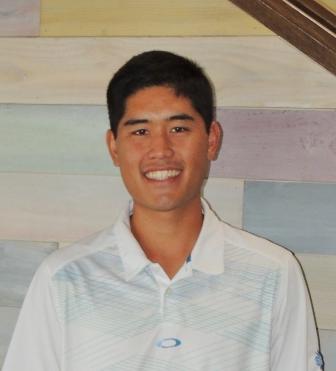 Born on Oahu, Stephen and his family moved to Hilo when he was very young, where he started off in golf with lessons from Lee Hardy, at Hilo Municipal Golf Course. He played competitively for Kamehameha Schools Hawaii, and attended the University of Hawaii in Hilo and Manoa.

He considered playing golf in college, in fact a friend once texted him to come and play a round during tryouts. “I went and played with them, but I wanted to stay focused on school, on the professional side,” says Stephen. He graduated with a BA in Business Administration in 2015.

Not long after, he learned of a golf apprentice opportunity at Waikoloa Beach Resort. When he came home to Hilo for his birthday in October, he also met with Kevin Ginoza, and signed on as part of team.

Stephen lives in Waikoloa Village, and works closely with Jaylene on merchandising and receiving in the Golf Shop. He also enjoys helping with group events and tournaments for 12-100 people.

“I like to make sure everything runs smoothly,” Stephen says. His myriad resonsibilites include pre- and post- event, working closely with planners, guest relations and occasionally scoring and rulings. “We try to keep it official. No player wants to be penalized, so I just want to be there to assist, and make sure we follow the rules.”

Stephen is a member of the American Marketing Association, and does extensive volunteer work with the American Cancer Society’s College Against Cancer, participating in the Recruitment and Sponsorship committees.

Website Design by Gum Design LLC
Back To Top